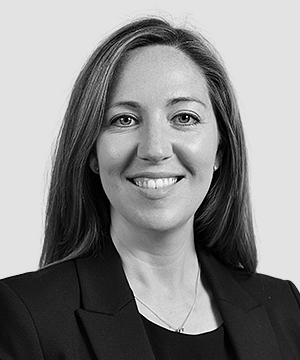 Rachel is a partner and collaborative lawyer in the family team in Guildford. She advises both married and unmarried couples in relation to divorce, separation, financial matters and children disputes. Her cases often involve substantial financial assets held in the UK and abroad including applications for financial orders relating to an overseas divorce. She regularly represents entrepreneurs, executives, business owners, legal and health professionals and their spouses.

Rachel has particular expertise in representing clients where there are allegations of domestic violence, including physical or emotional abuse and controlling and coercive behaviour. She also acts for parents in complex disputes to resolve arrangements for children, for example, where a parent wishes to relocate with a child or where there are allegations of parental alienation and other forms of emotional and physical abuse.

Widely regarded as an expert in prenuptial, postnuptial and cohabitation agreements, Rachel regularly works with the firm’s private client team to help clients and their families protect gifts and inherited assets from claims in the event of separation.

An active member of Resolution, she has been ranked for many years by both Chambers UK and The Legal 500 as a leading individual in her field. Chambers has described her as ‘without doubt a star of the future’ while she is listed as a ‘next generation partner’ in The Legal 500. She was shortlisted for ‘Partner of the Law – Family Law’ in the Citywealth Future Leader Awards 2019 and is listed as a top 100 lawyer in the Future Leaders Directory.