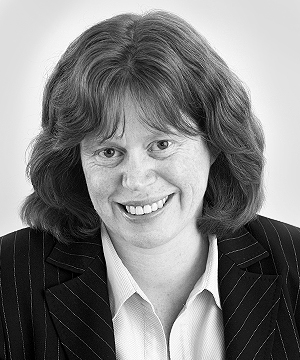 Jane is a partner specialising in family law, particularly in more complex financial cases and difficult disputes concerning arrangements for children, in both married and unmarried cases. She regularly receives referrals from professional colleagues abroad and has an increasing international element to her practice.

With more than 30 years' experience, first in London with Manches' highly regarded family department and then in Oxford, she is widely lauded as a leading family law practitioner in the Thames Valley. She has been accorded top ranking in both Chambers UK and The Legal 500  for many years, and also appears in The Legal 500  Hall of Fame. According to Chambers UK, Jane is regarded as an outstanding practitioner in her field and is described as being able to ‘really empathise with you … she's very friendly and approachable and she's got that personable bond with you.’ The Legal 500  notes that she is ‘a lawyer that is head and shoulders above her peers. Jane displays a good manner and charm both of which appear to shield a real steel core.’

Jane is a member of Resolution, a national organisation of family lawyers committed to non-confrontational divorce, separation and other family problems and a trained collaborative lawyer. In 2015 she became the first lawyer in Oxford and the Thames Valley to be awarded a fellowship of the International Academy of Family Lawyers (IAFL). IAFL is the worldwide association recognising expert family lawyers in their respective countries; only a small number of UK family law specialists outside London are members.