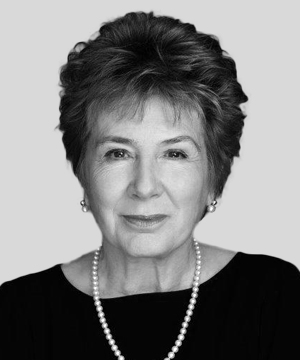 Jane is a consultant in the family team. She is a recognised expert in high value divorce finances, with many years’ experience of cases involving trusts, inherited wealth, complicated remuneration structures and assets overseas. She represents high net worth individuals, senior professionals, people in the financial services industry and members of landed families, as well as clients who have devoted much of their lives to bringing up children and running the family home.

Long recognised in all the legal directories as a ‘leading individual’, Jane has featured in the Legal 500 Hall of Fame since its 2020 edition. She is a recommended lawyer in Spear’s 500 2021 and was featured in Spear’s Magazine in 2019.  Jane is also ranked in both Chambers UK for 2022 and Chambers UK High Net Worth for 2021. She is a Fellow of the International Academy of Family Lawyers (IAFL), a worldwide association of practising lawyers recognised by their peers as the most experienced and skilled family law specialists in their respective countries, and frequently works with lawyers from other jurisdictions on international cases.

A past national Chair of Resolution, Jane is a member of Resolution’s Cohabitation Committee and is editor and co-author of The Guide to Good Practice in Cohabitation Cases. She has acted in many disputes between unmarried parents involving a substantial financial claim on behalf of a child (Schedule 1), including acting for and against a number of leading professional sportsmen. She also has extensive experience of acting in complex disputes about arrangements for children, including relocation cases. Jane was a member of the Family Justice Council (a body which advises the Government on family law issues) for seven years and chaired its Children in Families Committee, in addition to contributing to its very well received publication ‘Sorting out finances on divorce’.

Often working with the firm’s private client team, Jane regularly advises on pre-nuptial and post-nuptial agreements and cohabitation agreements.  She is one of the authors of the current edition of Resolution’s Cohabitation Agreement Precedents.  Her peers describe her as “….a tenacious litigator, arch strategist and formidable opponent”.  Her clients describe her as “superb” and “unflappable”, with a “reassuring demeanour”.

Alongside her legal practice, Jane is a straight ally member of the firm’s LGBTQ+ committee and a staunch champion of women in the legal profession.  In 2019 she was invited to contribute to the Association of Women Solicitors’ anniversary newsletter celebrating 100 years of women in law.