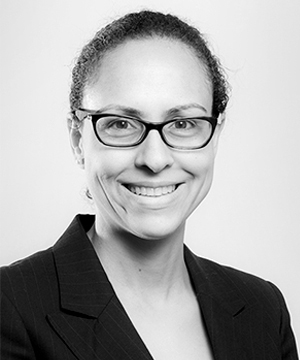 Elizabeth is a partner in the family law team in London. Dual-qualified in England and Wales and in New York, she frequently acts in cases with a US or other international dimension. She often advises clients on complex financial disputes where there are assets in multiple jurisdictions, including offshore trusts. Elizabeth also represents parents in disputes concerning children and has a particular interest in cases involving the international relocation of children and surrogacy.

Recognised as being calm and empathetic, Elizabeth also works closely with colleagues in the private wealth sector to advise on all aspects of wealth protection, including cohabitation and nuptial agreements, and financial provision for children. She has also been the author, since 2016, of the chapter on Grandparents in LexisNexis’s ‘Finance and Law for the Older Client’, which focuses on the rights and responsibilities of grandparents in proceedings concerning children.

Elizabeth graduated from Harvard Law School in 2002 and was admitted as an attorney in New York in 2003. She practised as a commercial litigator in New York and Paris before qualifying as a solicitor in 2006. Since then she has worked exclusively as a family lawyer and is a member of Resolution, the leading membership organisation for specialist family lawyers in England and Wales. She speaks fluent French and has a good working knowledge of Portuguese and Spanish.