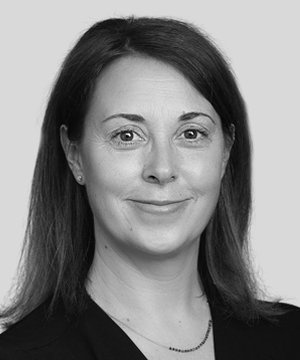 Anna heads the Penningtons Manches Cooper family department. She specialises in all areas of family law, particularly complex financial and private law children cases, including surrogacy cases. Anna regularly advises on pre and post nuptial agreements and cohabitation agreements. She has an international practice and significant expertise in international relocation cases. This expertise is recognised by Chambers UK which describes her as ‘particularly well versed in international relocation matters’. She represented the father in the reported case of Re C (Permission to Remove from Jurisdiction) and the mother in Re D (Leave to Remove: Shared Residence). In addition, Anna represented the father in the significant internal relocation of Re C which determined there should be no difference in the approach of the courts to internal and international relocation cases. She co-wrote Relocation: A Practical Guide, the first comprehensive guide to the law concerning relocation of children (second edition published 2016), and is also the General Editor of Practical Law’s Global Guide to the International Relocation of Children.

The Lawyer included Anna in its Hot 100 2016. In September 2019, she was profiled in Spear’s Magazine as 'family law’s new superstar' and she is included in the inaugural Tatler HNW Address Book as one of 20 leading UK family lawyers. Anna features as a leading individual in The Legal 500 and a ranked lawyer in Chambers UK and Chambers High Net Worth. She appears as a top rated lawyer and Power Woman in the Citywealth Leaders List and was described by a source as ‘one of the star performers of her generation, destined to be at the forefront of family law for many years to come.’

Anna was president of the Private Client Commission of the Association Internationale des Jeunes Avocats (AIJA) from 2013 to 2016. She is a Fellow of the International Academy of Family Lawyers (IAFL) and is Chair of IAFL's Relocation of Children Committee. She is a member of Resolution’s International Committee and a collaborative lawyer.