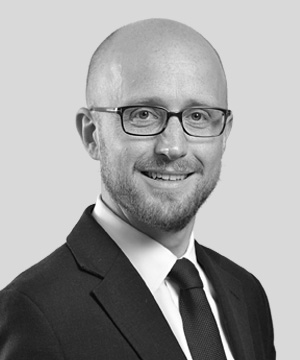 Nick is a partner in the shipping group in the London office and a key member of our emergency response team. His clients include salvors, shipowners, charterers, P&I clubs, hull and property insurers. He specialises in advising on and handling claims relating to marine casualties, collisions, salvage, towage, wreck removal, cargo damage, machinery breakdowns and general average. This includes advising on contractual matters.

Nick also has experience of criminal offences at sea matters and regulatory investigations, including Police, MCA and MAIB, following accidents, fatalities and breaches of the collision regulations. He has investigated casualties in the UK, Europe, Africa and South Asia.

Prior to becoming a solicitor, Nick worked as crew in the yachting industry and still races regularly. This insider industry knowledge well qualifies him to advise on yachting claims, including racing rule disputes, collisions, product defects, and marina and yard liabilities. Nick joined Thomas Cooper in 2006 and worked in the firm’s office in Greece between 2008 and 2009. He continues to visit Greece regularly working with owners and P&I clubs.