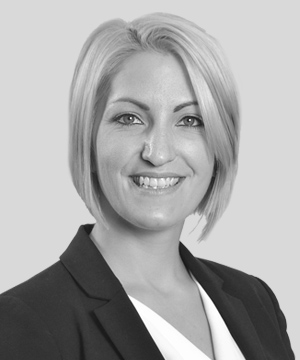 Lyndsey is an associate in the clinical negligence team in London. She now acts exclusively for claimants, but has previously gained experience acting for defendants.

Dealing with a wide variety of cases against NHS trusts, GPs and private practitioners, Lyndsey has a particular interest in claims relating to maternal and gynaecological injuries, cerebral palsy, stillbirths, spinal injury and oncology. She frequently acts in cases involving delays in diagnosis and misdiagnosis covering a wide variety of medical complications. She has also represented families at inquests.

Lyndsey is part of the Police Federation team and advises police officers on injury claims following negligent medical treatment. She qualified in 2017, having joined the firm as a trainee in 2016.