In 2017, Chanel opposed Huawei’s application to register the logo below, consisting of two intertwining U-shaped curves. Huawei was seeking EU-wide protection of the logo for use in respect of its computer hardware: 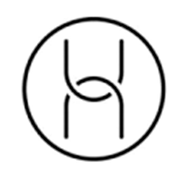 Chanel argued that the logo was too similar to its own protected trade mark, which it uses on handbags, clothing, perfumes and other luxury goods: 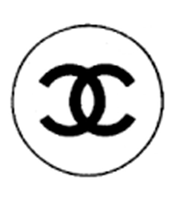 The fashion house also tried to argue that by using the logo, Huawei would gain an unfair advantage by benefiting from the reputation of Chanel’s mark.

In 2019, the Opposition Division of the EU Intellectual Property Office (the EUIPO) rejected the opposition entirely.

Chanel then appealed the decision. The Fourth Board of Appeal of the EUIPO heard the case and found that there was no likelihood of confusion on the part of the relevant public in relation to Chanel’s earlier mark and that Huawei would not gain any unfair advantage because of the obvious differences between the marks.

Chanel appealed again. In the latest appeal, the EU General Court agreed that the logos ‘share some similarities’ but held that ‘their visual differences are significant’. Addressing the distinctions, the court highlighted the thicker lines in Chanel’s mark, its more rounded curves and its horizontal orientation - as compared to Huawei’s vertical mark. The court ruled that the marks were not similar and pointed out that ‘…marks must be compared as applied for and registered, without altering their orientation’.

The General Court’s decision can be appealed to the European Court of Justice.