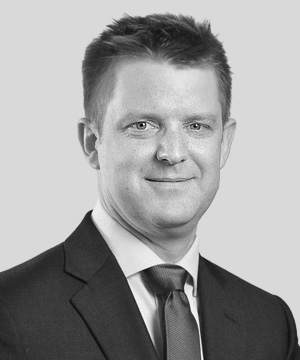 He has particular expertise in advising on and managing complex casualty situations, drawing on his experience as both a mariner and a lawyer. He regularly conducts casualty investigations, including interviewing witnesses, obtaining VDR and documentary evidence and assisting owners and crew onboard in the aftermath of collisions and groundings. He is familiar with Admiralty and commercial High Court proceedings and London arbitration - including LOF salvage arbitration - and has extensive experience of cases involving multi-jurisdictional proceedings.

Tony was a Royal Navy officer for over eight years, during which time he served as Officer of the Watch on a variety of vessels including an aircraft carrier. He was involved in counter-piracy operations in the Gulf of Aden and has managed intelligence analysis teams. He is knowledgeable about cyber security procedures on board ships, having been the IT security officer in an aircraft carrier. He is a member of the Nautical Institute.