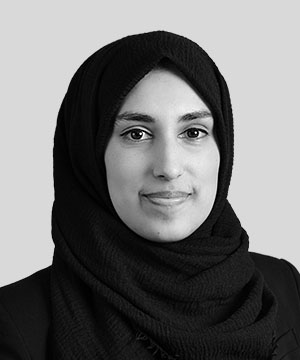 Saima is an associate in the employment team, based in the London office. She acts for staff associations and their members on a broad range of contentious and non-contentious employment law matters including discrimination, victimisation, disciplinary and grievance issues. As a member of the firm’s specialist Police Federation team, Saima advises on ill health retirement, injury pension awards and all other aspects of the Police Pension Regulations.

She has experience in both the employment tribunal and the High Court and has advised trade unions and their members on many aspects of employment law. She has also assisted with large group claims relating to overtime payments for police officers, equal pay issues and age discrimination.

Saima joined the firm in 2020, shortly after qualifying as a solicitor at another City-based law firm where she conducted her own caseload of employment matters as a paralegal prior to commencing her training contract. She has been commended by clients for her 'hard work, advice and excellent service' and has been described as 'totally professional'.