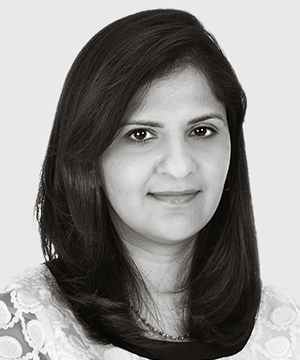 Pat heads the firm's immigration team and is co-head of the India group. She has over 20 years’ experience in her field. Her business clients include large multinational corporations as well as start-ups and scale-ups, while in the education sector she acts for universities, FE colleges, English language and independent schools. She is also highly-respected for her advice to Indian companies operating in the UK and internationally. She provides guidance on all aspects of immigration including sponsor compliance, Brexit related issues, business restructuring and risk management. Regularly liaising with senior Home Office officials on behalf of clients, where appropriate she challenges decisions to suspend or revoke sponsor licences.

Pat also provides immigration solutions to HNW individuals, including those applying for Tier 1 investor, entrepreneur and exceptional talent visas, and advises on all aspects of nationality and EU law. Leading the immigration team’s Government liaison services, she has been instrumental in bringing about immigration rule and guidance changes. Examples of her work include lobbying the Home Office on behalf of pathway providers which resulted in ‘sites and partnerships’ being recognised for education providers; leading the case for adding digital tech jobs to the shortage occupation list for Tech London Advocates; being part of the panel which helped redesign the Tier 1 Tech Nation visa; and lobbying the Government for a start-up visa. She is a frequent speaker at immigration conferences and provides training in the UK and overseas.

Both Chambers UK and The Legal 500 recognise Pat as a leading individual for immigration and education matters. She is listed in the Citywealth Leaders List and Who’s Who Legal and was named ‘Professional of the Year’ by India Inc in 2018. In addition to being a Tech London Advocate and leading the network’s immigration working group, she is a mentor for Founders4Schools and a member of the UKVI’s Business Forum. Alongside her legal work, Pat is a member of Penningtons Manches Cooper’s diversity and inclusion committee and heads its gender sub-group.