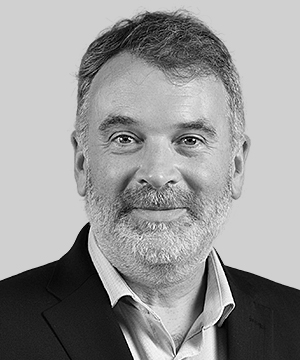 Qualifying as a solicitor in 1997, Chris is a CEDR accredited mediator and has a keen interest in employment and commercial mediation. He has significant experience in the construction and infrastructure, professional services, and technology sectors, having been instructed by many leading organisations and senior executives. He is recognised as a leader in his field by both Chambers UK and The Legal 500.

From 2011 to 2017, Chris was the CBI’s governing body representative for the International Labour Organisation (ILO) and he fully understands the emerging supply chain and human rights opportunities and risks faced by businesses, especially those that are obliged to comply with the UK’s Modern Slavery Act 2015. He has been named in the UK Top 100 Corporate Modern Slavery Influencers’ Index which acknowledges individuals from all business sectors who are raising awareness of modern slavery and labour exploitation.

In 2019, he was appointed by the Association of Professional Social Compliance Auditors (APSCA) to sit on their disciplinary panel to determine cases of breaches of APSCA’s Code of professional standards. Chris was previously head of employment at a London-based international law firm and has more than a decade of successful City experience.