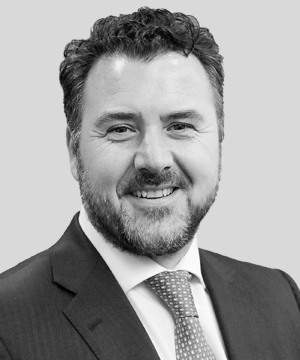 Bernardo is a partner in the Madrid office who advises on a wide range of contentious and non-contentious matters. He deals regularly with all types of insurance claims including civil liability, environmental, property, major casualties, pollution; P&I and salvage proceedings.

He is highly experienced in litigation and arbitration in Spain in matters relating to contracts, infrastructure, shipping, transport, logistics, trade and commodities. Bernardo has a law degree and an LLM in shipping, trade and insurance law from the University of Wales. He has been a member of the Bar since 2001 and also of the Spanish Arbitration Club and the Spanish Maritime Law Association. He is the president of the shipping and transport section of the Madrid Bar. He is also a listed arbitrator for several Spanish arbitration courts.

He is currently studying for a PHd in Commercial Law with a thesis in insurance. He lectures in the University and in Business Schools such as ICADE/IME, ISDE, Universidad Loyola de Sevilla and at the Spanish Chamber of Commerce. Bernardo qualified in 2014 as a Spanish average adjuster to increase his expertise in claims. His professional experience includes claims handling as P&I correspondent. He is ranked in Chambers Europe and the Legal 500 as a "Leading lawyer".