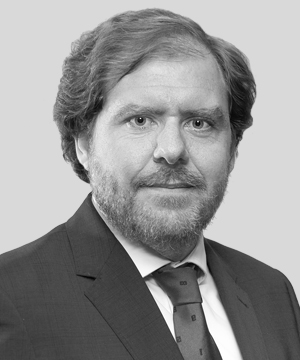 Victor is a partner in the shipping team in the Madrid office who specialises in shipping, transport, international trade and litigation. He has nearly 15 years’ experience in advising on contentious and non-contentious matters, having appeared before domestic and international arbitration bodies. He has particular expertise in handling personal injury claims before commercial, labour and criminal courts, salvage proceedings, ship arrests, cargo claims and complex recoveries.

A member of the Spanish Maritime Law Association and a Spanish average adjuster, Victor advises P&I clubs, shipowners, freight forwarders, salvage companies and insurers on a broad range of matters. He lectures on maritime law both locally and internationally and has authored many articles and book chapters.

Prior to qualifying in 2005, Victor worked for shipping lines and freight forwarders, gaining substantial experience in practical issues. He subsequently practised in national and international law firms including DLA Piper, KPMG Espana and Thomas Cooper LLP. He is highly regarded for his work within the Spanish shipping sector and is recognised by Chambers and Partners. According to his clients, he 'is on top of all the details, big and small'.