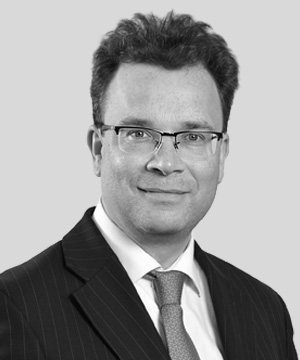 George is a partner in the International trade and commodities group in the London office. He is an expert in the resolution of disputes within the commodities sector relating to oil and gas, metals and mining, soft commodities and agribusiness.

His expertise extends to the resolution of disputes in the English courts and under international arbitration rules - including those of the ICC, UNCITRAL and the LCIA - and trade arbitration rules - including those of FOSFA, GAFTA and SAL. He also advises clients on non-contentious, regulatory and compliance issues. George has advised national oil companies, international trading companies and other clients across the supply chain on disputes arising from drilling rig and FPSO contracts, sale and purchase agreements, and commercial and agency contracts. He frequently deals with non-payment, breach of warranty claims, quality and condition issues and many other contentious matters.

George spent six months seconded to the in-house legal department of Shell International in London. He regularly presents at industry events in the Netherlands, Russia, Switzerland, Turkey and the UK on commodities, the law of the sea, oil and gas, and arbitration generally. In 2020, he was elected to the board of the Minor Metals Trade Association. He has served on numerous occasions as an honorary legal adviser at the Royal Courts of Justice CAB on a pro bono basis.