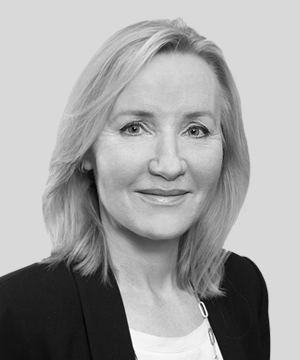 Ann is a partner in the shipping team based in our Madrid office. She deals with a wide range of transport-related disputes together with issues arising out of the travel and tourism industry. She has particular experience of personal injury claims for compensation and regularly acts for cruise companies and their P&I insurers on claims by passengers and crew following incidents on board. She also advises on the wording and drafting of passenger ticket terms and conditions.

Ann represents hotel chains and their insurers in civil liability claims including those arising out of injury and illness, and advises on risk management. In addition, she acts for organisers of tours and excursions on claims for compensation arising out of complex injuries and fatalities.

Although she is a fluent Spanish speaker and provides advice to companies and insurers on a range of contentious issues in Spain, Latin America and the UK, Ann also deals with cross-border litigation across a range of jurisdictions, most recently Thailand, Brazil, Canada and the USA. Ann joined Thomas Cooper in 1988 and was based in the London office until 2003 when she relocated with the opening of the Madrid office.