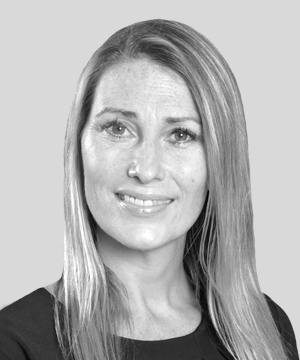 Lisa is a partner in the London commercial dispute resolution group and a member of the marine, trade and energy division. She has extensive experience in commercial, marine, and commodity trade related litigation, including insurance/re-insurance (marine and non-marine), international trade and shipping disputes arising under COAs, multi-party vessel sharing agreements, charterparties, bills of lading, and ship sale/purchase and repair contracts.

Frequently involved in high-profile, multi-jurisdictional shipping, trade, and marine and non-marine insurance litigation, Lisa has recently represented clients in high-value multi-jurisdictional claims before the High Court concerning maritime casualty, war, and political risk. She is also active in the commodity and energy sectors, advising most recently on a significant contamination claim.

With a broad range of clients, Lisa acts for banks, insurers, traders, P&I clubs, shipowners, charterers, and cargo interests, in connection with court, mediation, and English and international arbitration proceedings before the ICC, LCIA, LMAA, GAFTA and FOSFA.

Lisa sits on the European committee and chairs the membership committee of the International Energy Credit Association (IECA). She is ranked as a ‘Recommended Lawyer’ in The Legal 500, in which she has regularly been featured and praised for “standing out for litigation matters”, and being “well regarded for shipping and trade disputes”.