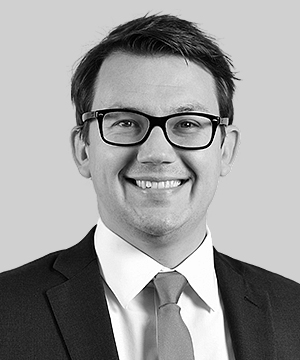 He also works on a wide range of other disputes including banking, breach of warranty and general contractual issues, spread over broad industry sectors including property, general retail and banking. As a result of his role as vice-chair of the Multilaw Young Lawyers Group, he spends considerable time on international matters.

James is a member of R3 and the London Solicitors Litigation Association and is regularly asked to write articles and present on a variety of topics including general contract and insolvency.