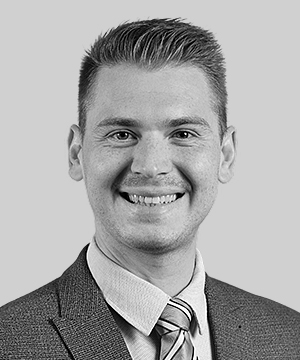 Gareth is an associate in the commercial dispute resolution team in the London office. He assists with a broad range of matters for private individuals and corporate clients as both claimants and defendants.

His practice consists of a varied mix of contentious commercial matters, with a focus on commercial contract disputes, restructuring and insolvency, reputation management and privacy issues.

Gareth qualified in 2020, having initially joined the firm as a paralegal in 2016 before starting his training contract in 2018. Prior to this, he undertook an internship at a large international law firm in Shanghai and has also previously worked in the legal advice charity sector. He completed his Master of Laws in Professional Legal Practice at the University of Law, graduating with distinction.