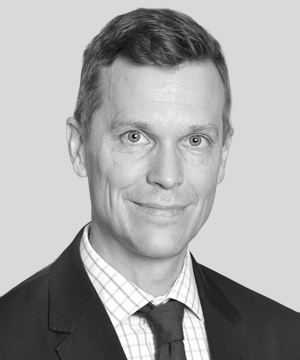 Edmund is a Managing associate in our commercial, IP and IT team, specialising in competition law. He advises brands on their distribution arrangements, including exclusive or selective distribution systems, internet selling and pricing; on behavioural issues (such as refusal to supply) for dominant companies; and on competition clearance for mergers and acquisitions. Edmund also advises on state aid and procurement law.

In addition to his broad understanding of commercial law and contract drafting, Edmund has particular experience of the health sector. He provides guidance to major government bodies on large-scale contracts in this area, as well as advising on healthcare mergers and joint ventures, and on the Competition and Markets Authority’s private healthcare regime.

Edmund joined Penningtons Manches Cooper in 2017 from a national law firm. Before qualifying as a solicitor in 2009, he worked in the publishing and music industries. He holds a postgraduate diploma in EU competition law from King’s College London.