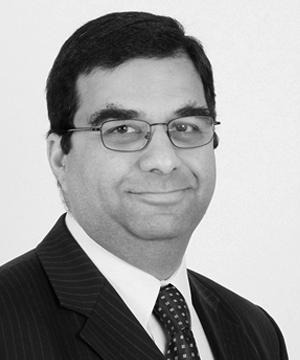 Rustam is a consultant in Penningtons Manches Cooper's commercial dispute resolution team and was formerly a partner at the firm before his retirement in 2022. He is described in Chambers Global ‘as having significant experience representing Indian companies in contentious matters’ while The Legal 500 has named him as ‘a leading individual’ in his field. He continues to be recognised in the India Business Law Journal ‘A list’ of international lawyers for India-related work.

Initially practising in India before moving to London, Rustam has developed a substantial client base of Indian businesses operating in the UK market. He has over 35 years of commercial litigation and arbitration experience. During this period he has been involved in high value UK and cross-border litigation and international arbitration as well as mediations resulting in early resolution of disputes. He also advises clients on pre-action strategy, again with the aim of resolving disputes early on. Rustam continues to represent several well-known Indian corporates, banks, high net worth individuals and their families.

He is the client relationship partner for a number of the firm’s key clients including the Tata Group, Mahindra & Mahindra, Nihilent, Bharat Forge and Canara Bank and maintains strong links with leading Indian law firms. Penningtons Manches Cooper is a member of the UK India Business Council and the firm’s India group has been ranked in the India/foreign firm’s category in The Asia Pacific Legal 500. Rustam headed the firm’s commercial dispute resolution team for 10 years and the India group for 28 years before stepping down at the end of March 2021 to hand over to a younger generation of partners.