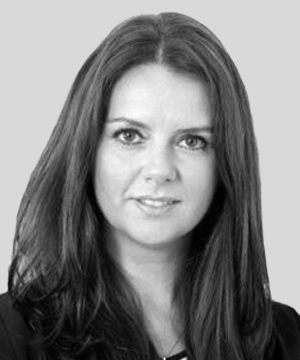 Ruby is a partner in the employment team. Recognised as a leader in her field by Chambers UK, she has over a decade’s experience and is commended by clients for her empathy, pragmatism, and tough negotiation skills. With a particular focus on acting for senior executives, many of whom are based in the financial and professional services sectors, on contentious exits, whistleblowing, and discrimination claims, she also advises a range of large and small employers. She is skilled at reaching high value settlement agreements and where appropriate contesting cases in the employment tribunal and High Court.

Ruby has a significant track record in advising, litigating, and negotiating on maternity, sex, age, and disability discrimination cases. In addition to showing a strong interest in issues facing women at work, including pregnancy and maternity discrimination, equal pay disputes, salary negotiations and sexual harassment, she frequently advises individuals with mental health conditions in relation to disability discrimination and reasonable adjustment disputes. She is adept at helping her clients navigate internal grievance, conduct and performance processes.

A regular contributor to the print and broadcast media on employment law issues, Ruby has established herself as a sought-after spokesperson. She has been interviewed by Sky News, BBC, ITV, LBC and 5Live and recently appeared on the BBC’s Politics Show to discuss issues facing working mothers. She has also contributed to print articles in the Evening Standard, The Guardian, The Times, and other newspapers and magazines.

Ruby is a member of the Employment Lawyers Association.