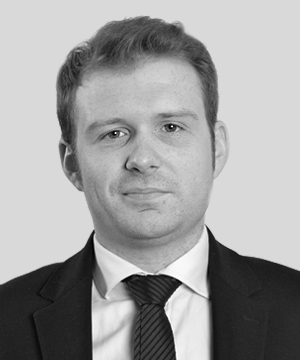 Oliver is a senior associate in the commercial dispute resolution team in London. His practice focuses on advising companies and individuals on business crime matters such as fraud, bribery and corruption, as well as regulatory compliance issues. He represents clients across a wide range of sectors in relation to investigations, prosecutions and enforcement actions instigated by a number of bodies including the Serious Fraud Office, Financial Conduct Authority, HMRC, the Financial Reporting Council and the Crown Prosecution Service. Oliver’s work in this area has included advising on the first UK Deferred Prosecution Agreement in November 2015.

Many of Oliver’s cases have a multi-jurisdictional aspect, and he has experience of advising on matters involving the United States Department of Justice, the United States Securities and Exchange Commission, the European Anti-Fraud Office, and the States of Jersey Police. He is also regularly instructed on business disputes, and has conducted cases in both the Business and Property Courts of England and Wales, and the Commercial Court.

Oliver joined Penningtons Manches Cooper in 2018. Prior to this, he worked in the London offices of two US-headquartered, global law firms where he advised clients on a wide range of corporate crime matters and commercial disputes.