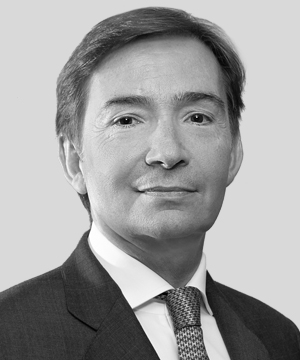 Juan is a partner in the shipping and international trade teams. Based in the Madrid office, he specialises in non-contentious and contentious work, particularly international arbitration and cross-border litigation in the oil and gas, energy, mining and commodity sectors in Spain and Latin America.

His clients cover a wide spectrum of jurisdictions and industry sectors ranging from Spanish and Latin American oil companies, European energy companies and Brazilian mining and steel producers to international cement manufacturers and traders, sugar and ethanol producers, paper and cellulose producers and their insurers.

In addition to offering bespoke in-house training to his clients, Juan regularly lectures on shipping and international trade matters at a variety of international conventions. A fluent Spanish (mother tongue), Portuguese and Italian speaker, Juan read law at the University of Valencia and obtained an LLM from the University of London. He qualified in Spain in 1991 and in England and Wales in 1993. He became a partner at Thomas Cooper & Stibbard in 1996. He has been ranked by The Legal 500 EMEA, Chambers and Partners and Best Lawyers.