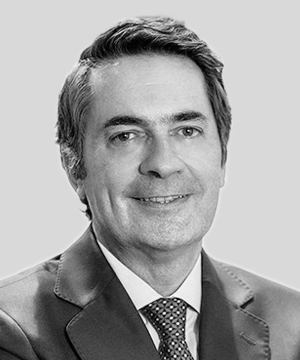 Gonzalo is a partner in the Madrid office. With a long and continued practice of working for shipyards, shipowners and banks, he is one of the most reputed lawyers in Spain in relation to the shipbuilding industry. During his career, he has participated in the negotiation of a number of shipbuilding projects, ship conversions and repair contracts.

Due to his recognized knowledge of the Spanish market, foreign law firms seek his advice on a regular basis. Gonzalo is member of the Spanish Maritime Law Association and Spanish Marine Cluster, and has been invited as a Spanish representative to the Forum of Dahkla (Blue Economy in Africa). He has also co-authored books on shipping law contracts, and published several articles related to shipbuilding and ship finance matters in specialized magazines.

Gonzalo is a recommended lawyer in Chambers and Partners in the category ‘Spain: Shipping Finance’.