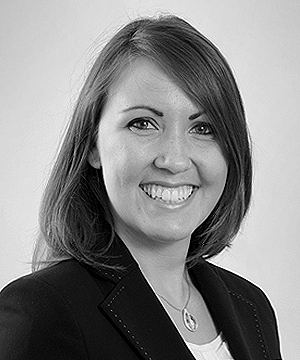 Praised by clients and colleagues for being able to manage cases involving sensitive issues for both men and women with care and discretion, Emma is noted for her approachable nature. She has a particular specialism in gynaecology and urogynaecology work and is passionate about raising awareness of issues relating to women’s health. She has spoken at a number of events in this area, such as ‘Women of the World’ in London.

Emma deals with cases involving delays in treating infections such as sepsis and tuberculosis and claims where parents have lost a baby as a result of poor management during pregnancy and labour. She also assists senior team members on high value claims relating to brain injuries acquired at birth from negligent hospital treatment.

After joining the firm as a trainee, Emma qualified into the clinical negligence team in 2013 and was promoted to senior associate in 2018. She is a member of the AvMA Specialist Clinical Negligence Panel and won the AvMA/PIC Rising Clinical Negligence Star Award in 2018. She is based in Basingstoke but acts for clients throughout the country and is able to see them in the firm's Basingstoke, Reading, Oxford, London and Birmingham offices.