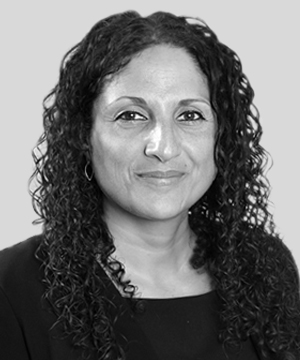 Anthea is a partner in the employment team in London. She acts on a range of contentious and non-contentious employment matters, with a particular focus on discrimination, whistleblowing claims, regulatory issues and large group claims, and regularly represents clients in the employment tribunal, county court and High Court. She advises staff associations and trade unions on all aspects of employment law, including regulatory issues and internal policies and procedures, and also acts on behalf of their members in complex claims and large group litigation claims.

Anthea is recognised by Chambers UK and The Legal 500 as ‘up and coming’ and a ‘next generation partner’, and is described as ‘tactically astute’, ‘highly organised’ and ‘incredibly good at communicating’. She is praised for working ‘very hard to get the best for her clients’ and for being ‘highly knowledgeable with an uncanny ability to digest large volumes of information in record timing; she provides the highest-quality counsel’.

She sits on the Employment Lawyers’ Association training committee and regularly delivers workshops and training to clients and contacts. She qualified in 2004 and joined Penningtons Manches Cooper in 2017 from another leading City law firm where she had worked for 13 years.