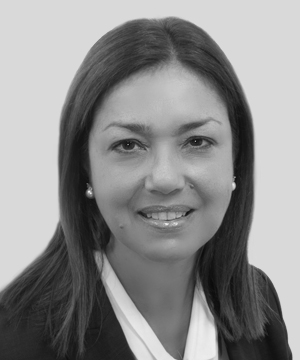 Ioanna has been a partner in the marine, trade and international shipping team since 2002. She has almost 30 years’ experience in shipping litigation and dispute resolution and specialises in disputes arising from international trade and shipping, including bills of ladings, charterparties, MoA, shipbuilding and also in casualties including LOF salvage, collisions, groundings, general average, fire and cargo claims. She is a member of our emergency response team. Her practice regularly involves the handling of multi-jurisdictional disputes including London arbitration, mediation and litigation in the English courts. She is often involved in sale and purchase transactions with or without finance.

She has been a qualified lawyer in Greece since 1991, a qualified solicitor of England and Wales since 2002 and a Fellow of the Chartered Institute of Arbitrators since 2018 (FCIArb). Prior to working in private practice, she was in-house legal counsel for shipping companies as well as the Maritime and Transport Division of the European Parliament in Brussels and Luxembourg. Ioanna holds a Bachelor of Laws (LLB) from the University of Athens and a Master of Laws (LLM) in Maritime Law from the University of Southampton. Ioanna speaks Greek and French. She regularly provides clients with in-house training and presents seminars worldwide on a wide range topics including bunker claims, letters of indemnity, sanctions and others.

Ioanna has been highlighted in Chambers Global annually since 2008 and Chambers Europe which has commented that “her dedication to the industry and ability to get results are why she has a great reputation…” She is also rated among market sources for her “diligence, experience and spot-on advice”. Ioanna was awarded the International Choice Client Award in 2018.