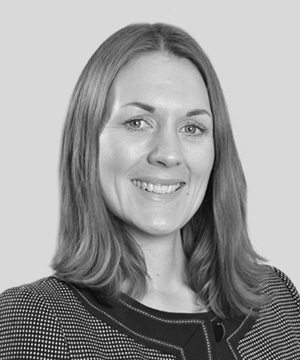 Emily is a senior associate in the clinical negligence team based in Cambridge. Since qualifying in 2013, she has gained valuable insight and experience in representing both claimants and defendants. She now acts exclusively for claimants, handling a variety of cases involving NHS trusts as well as private practice cases and claims against general practitioners and care homes.

Emily has a special interest in spinal claims, including those involving Cauda Equina Syndrome, and gynaecological claims. She has advised a number of women in relation to claims for maternal birth injuries and cervical cancer. She also regularly represents families at coroners’ inquests.

Emily is accredited by the Law Society and the AvMA panel, as well as being recommended in the latest edition of The Legal 500. She joined Penningtons Manches Cooper in 2014, having previously worked at another top 50 UK law firm in Cambridge.