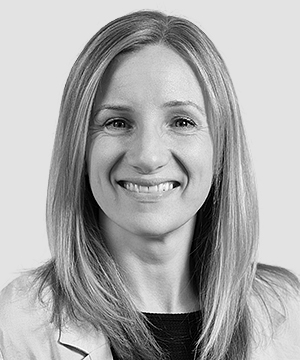 A senior associate in the Guildford family team, Gemma specialises in a wide range of family law matters including marital agreements (also known as pre-nuptial and post-nuptial agreements), divorce, separation, and nullity. She has comprehensive experience of advising on the financial issues which arise from the breakdown of a relationship. Gemma also offers assistance to unmarried couples, regarding both cohabitation contracts, and financial proceedings when a relationship ends.

She is experienced in matters involving disputes about arrangements for children, and is committed to finding a solution which is in the best interests of the children, and the family as a whole. Her previous work includes cases with an international element, those involving domestic abuse (including emotional abuse, financial abuse and coercive control) and allegations of parental alienation. Gemma’s expertise extends to matters where a parent wishes to relocate with the children. She acts for a variety of individuals including parents, stepparents and grandparents. Gemma also advises on surrogacy matters, in relation to both domestic and international surrogacy arrangements.

Gemma became a chartered legal executive in 2009 and continued her studies to qualify as a solicitor. As a member of Resolution, she advocates a compassionate and constructive approach to family law matters, taking into consideration the needs of the family as a whole.