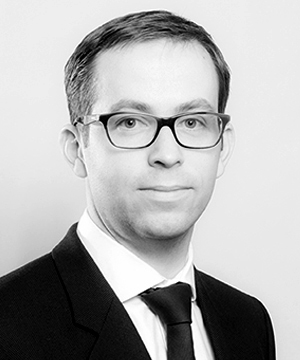 Edward is a partner in Penningtons Manches Cooper's family department. He advises on all legal issues arising from relationship breakdown, including financial proceedings on divorce and separation, arrangements for children and, increasingly, preparing and negotiating pre-nuptial and post-nuptial agreements. Edward acts for a wide variety of clients, including entrepreneurs, City professionals and their spouses. He also has particular experience of working on cases with complex asset structures.

His practice includes cases with an international element (recent cases have involved Russia, the USA and Switzerland) and he has presented on such issues in Moscow and at the University of Lausanne. Edward has considerable experience of family dispute resolution and is an active member of the English family lawyers’ organisation, Resolution. He is a regular contributor to legal journals and co-edited the England and Wales chapter of Thomson Reuters’ Family Law – A Global Guide.

He is ranked as a 'next generation partner' in the most recent edition of The Legal 500, and as an 'up and coming' lawyer in this year’s Chambers UK guide. A Chambers HNW commentator (where he is ranked as one of the youngest 'Band 3' practitioners) reported: "His forensic attention to detail is second to none, he is highly numerate, and his calmness under pressure is legendary. He has developed an encyclopaedic knowledge of international law that permeates all of his cases and is hugely beneficial to the clients that instruct him." The Spear’s 500 guide features Edward as a ‘rising star’, with a source describing him as "one of the leading young family lawyers of his generation."