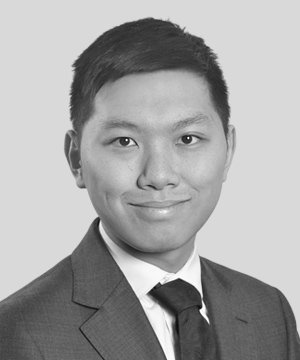 Justin (Shing Hei) is an associate in the marine, trade and energy team in London. He advises on a wide range of dry and wet shipping matters, with particular expertise in disputes arising from the international sale of goods and from charterparties, such as demurrage, detention and off-hire disputes.

In addition to acting in High Court litigation and London maritime and trade arbitrations, Justin is involved in multi-jurisdictional proceedings. He regularly advises shipowners, charterers, P&I clubs and cargo interests.

Justin graduated with a degree in international relations from Durham University, before completing the Graduate Diploma in Law and the Legal Practice Course at the University of Law in London. He qualified as a solicitor in September 2019. A fluent Cantonese and Mandarin speaker, he was seconded to the firm's Singapore office during his training.