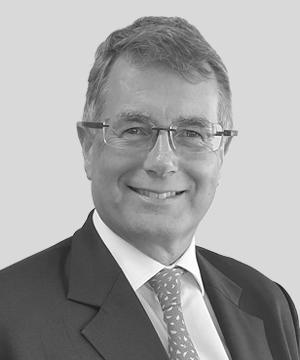 Douglas is the head of the firm’s Piraeus office with more than 35 years’ experience in all aspects of wet and dry shipping. A key member of the firm’s emergency response team, Douglas has lived in Greece since 2001.

His considerable experience covers a wide variety of shipping problems ranging from charterparty and international trade disputes, cargo sale and purchase claims, and groundings and collisions to fires and total losses, marine insurance, superyacht work and banking. Douglas is frequently instructed by some of the world’s largest ship owners to handle highly complex problems often spreading across a number of jurisdictions.

The legal directories have described him as an “extremely experienced” lawyer (The Legal 500) and that “he has years of experience in the market and his contribution to all cases is extremely valuable” (Chambers and Partners). Douglas became a partner of Thomas Cooper in 1989 after joining the firm as an articled clerk in 1983. He is fluent in Spanish and French and a member of the British Hellenic Chamber of Commerce in Athens. Douglas read law at the University of Manchester.