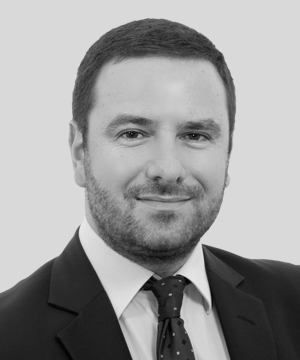 Dimitris is a partner in the firm’s Piraeus office and specialises in marine law and shipping disputes. He deals with all types of contentious work in the context of both arbitration and court proceedings under English law. He has been involved in numerous charterparty, bill of lading, shipbuilding, marine insurance, sale and purchase and international trade disputes involving contractual breaches and claims in tort. His experience also extends to advising on drafting issues and settlement negotiations as well as organising early intervention mediations. Dimitris also often advises on international trade sanctions.

With a particular interest in advocacy, Dimitris has appeared before a three-member London tribunal defending a multi-million US dollar claim for wrongful termination of a charterparty. He is regularly mentioned in the legal directories - Chambers and Partners describes him as ‘very bright and attentive to details, even minor ones’, ‘very hard working’ and possessing ‘diligence, ability to focus on the critical issues and commercial acumen’, while also noting him as being 'valued by clients for providing ‘clear instructions and strategy’ in high-pressure situations'. The Legal 500 mentions that he is ‘highly recommended’ for his ‘quick understanding of issues coupled with fast responses’ and for his ‘thorough legal analysis’ and advice which is ‘always to the point and legally impeccable’.

Dimitris joined Thomas Cooper in 2014 from a top-10 international law firm where he spent five years in the shipping disputes department. He has a diverse legal education background of both English and Greek law and holds degrees from the University of East Anglia (Norwich Law School) (LLB, Law), University College London (LLM, Maritime Law) and the University of Athens (LLB, Greek Law). A native Greek speaker, Dimitris is admitted both as a solicitor (Law Society of England & Wales) and an attorney at law (Athens Bar Association), and is also a Fellow of the Chartered Institute of Arbitrators (FCIArb).