Home » News & publications» Latest news» Why do UK companies look to the US for investment?

Why do UK companies look to the US for investment?

We’ve seen that US investment into UK companies is on the rise and we’ve explored some of the reasons why firms in the US are interested in the technology coming out of the Golden Triangle. We also wanted to look into some of the reasons that companies in London, Oxford and Cambridge are keen to do deals with US investors and how they believe such transactions might be affected in the future.

Gaining greater access to US markets looks to be the largest driver for UK businesses without any existing US backers. In fact, 83% of non US-backed companies that we surveyed cited access to markets as a reason to take US investment.

For those UK companies that have already done deals with US-based firms, their primary driver for taking additional US investment was an existing relationship with the investor – 48% cited this as a reason, suggesting that once a relationship has been formed, it can lead to further investment at a later date. 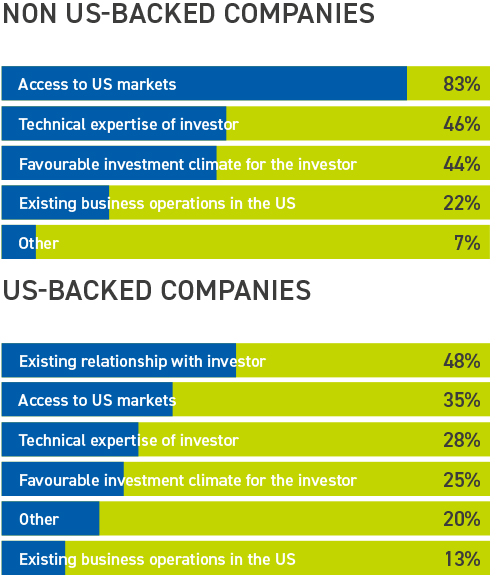 Has the exchange rate had an effect on investment?

The devaluation of the pound has reportedly created a surge in British exports since the Brexit vote almost two years ago, but do UK companies think this has affected their ability to attract investment from the US? According to our survey, generally, the companies which have raised smaller amounts believe devaluation has had a beneficial effect.

Have political events had an impact on investment from the US?

From the Brexit vote, to President Trump’s election and the UK government’s performance in the 2017 election, we wanted to see if UK companies felt that notable political events had an impact on their ability to attract US investment. 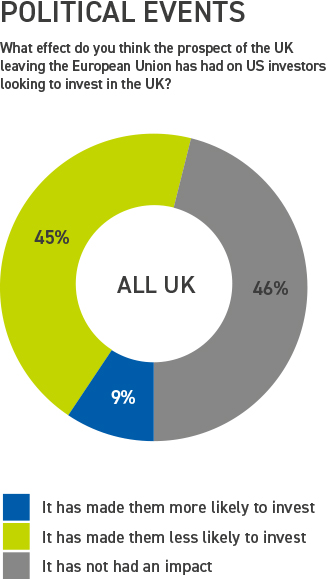