Silicon Valley investment into UK tech is at an all-time high. Our research has found that the number of deals involving West Coast investors and UK companies has increased by 252% since 2011. Last year, West Coast investors were involved in 74 deals with UK companies, totalling £1.08 billion and representing 4.8% of all UK investments in 2017, up from 59 deals the previous year and 21 in 2011.

Silicon Valley-based firm 500 Startups was the most prolific US investor in terms of deals done, making eight investments into UK companies in 2017.

“Great companies come from everywhere so it’s important to get out of the Valley,” says Matt Lerner, partner at 500 Startups. “The UK has an abundance of talent, lots of companies accessing global markets - or Europe at a minimum - and its fintech and health tech innovation is ahead of the Valley.” 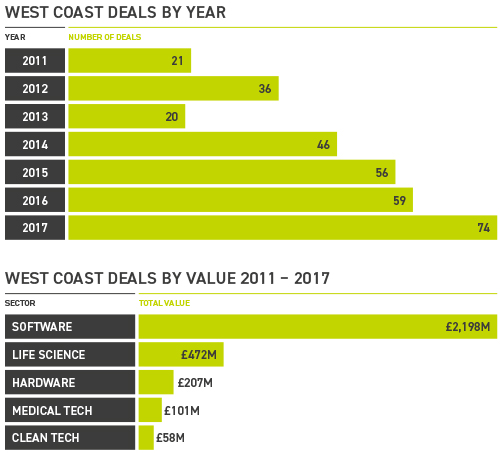