If companies can successfully attract investment from the US, they’ll garner much more than capital. The UK has become a firm favourite for international investors looking for the next big thing.

Investment from European funds into the UK’s thriving tech ecosystem reached a record high of £1.89bn in 2018 (up from just £1.66bn in 2017), according to new research conducted by Penningtons Manches and released in our report Golden Triangle: Golden Opportunities.

The research found that while deal numbers involving European funds remained the same (150 in 2018, up from 149 in 2017) the value of these deals increased by 14%. Investment from EU countries notably increased, with the total amount invested, from deals with at least one EU-based investor, standing at £1.53bn in 2018, up from £1.26bn the year before. This is strong evidence of the EU’s confidence in the long-term prospects of the UK’s tech sector despite the uncertainties created in the marketplace by Brexit.

In addition to deal flow from Europe, the report found that overall the number of deals involving foreign investors rose from 361 in 2017 to 373 in 2018 – with US firms remaining the largest overseas investor in UK companies. A third (34%) of the aggregate deal value secured by UK companies came from deals backed by US funds – suggesting they are more likely to be involved in large deals. 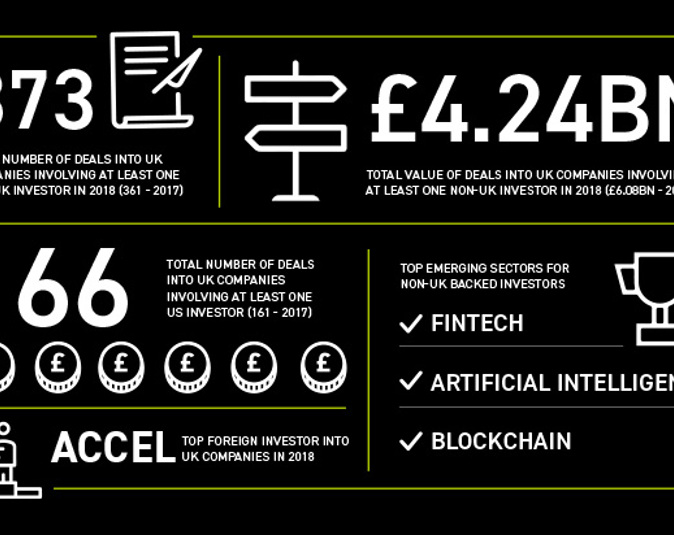 The report was launched in London in May 2019 and informed a series of round-table discussions with scale-up founders and investors across all three Golden Triangle cities: London, Cambridge and Oxford. This reflects our commitment to supporting the growth of British technology companies and advising entrepreneurs on how to capitalise on record levels of investment activity from Europe and the rest of the world.

“The figures show that despite the impact of Brexit, the UK and its leading technology companies continue to be an attractive proposition for overseas investors seeking to deploy their funds into businesses with innovative and ground-breaking technology,” said Matt Martin, corporate partner at Penningtons Manches.

“As we know, it is hard to predict the future given the current landscape, but we must ensure that all of the components that make the UK an attractive investment opportunity remain in place: accessibility to maintain and attract talent, robust legal and regulatory systems, a competitive tax regime and general transparency and openness to inward investment.”

How can we help?